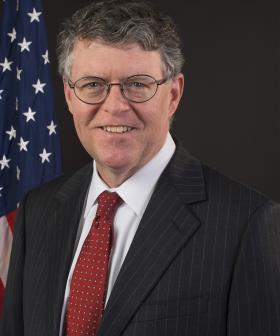 Commissioner Bernard L. McNamee was nominated to the Federal Energy Regulatory Commission by President Donald J. Trump in October 2018 and confirmed by the U.S. Senate on December 6, 2018.

Before joining the Commission, Commissioner McNamee served in a number of legal and policy positions at the state and federal level throughout his career. He also served at the U.S. Department of Energy (DOE) in multiple positions, including Executive Director of the Office of Policy and Deputy General Counsel for Energy Policy.

Prior to that, Commissioner McNamee practiced energy law for almost nine-years total as a partner and senior counsel with McGuireWoods LLP, in Richmond, Virginia, primarily representing electric and natural gas utilities before state public utility commissions.